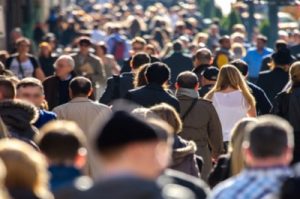 If we are using ability tests to screen candidates for a role, we need to be really sure that we are screening for the right thing. Is a verbal reasoning test score really the measure of a great manager?

What are Ability Tests?

Tests are carefully and robustly designed to measure abilities objectively, and they must be completed under exam-like conditions to ensure the environment is as consistent as possible for all users.

What value do they add?

When the right test is used for the right reason, the validity can be greatly improved. This means that a correctly chosen ability test can measure how effective a person might be in a role better than any other single selection method. The key is in selecting the right test, and in recognising that the test only predicts one small aspect of overall performance.

Ability tests add value to your selection process by telling you very quickly whether a candidate holds the inherent talents that are critical to success in the role. A common and valuable use of ability tests is in high volume recruitment, where it is great to use ability tests as a sifting tool.

Candidates tend to really dislike taking these tests, but then, those that are successful tend to consider that they have really ‘earned’ their place in the next stage of your process.

The major risk with these tests is that choosing the wrong test could mean that you are selecting against the wrong criteria.

How to gain maximum value