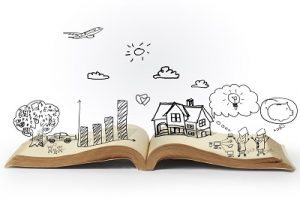 What if I haven’t got an impressive story to tell?

What if there isn’t a powerful narrative that explains my data?

I was at a leadership conference years ago, where a speaker shared a story about performing at the Edinburgh Fringe Festival. He built it up incredibly well, giving the background to him having a place at the event, the countless hours writing and rehearsing and then the work he and his comedic partner had put into marketing their show.

They were an unknown act and knew they would struggle to attract an audience. In their minds it was all about getting enough people to turn up on opening night, so that then word of mouth would do the rest. They went all out, with a show entitled Baba Ghanoush, they sent plates of the aubergine stuff to all the local newspapers and reporters. This would make them stand out, he said.

The speaker’s point was to show us the power of story. But I was left wondering what stories I could possibly share in my work. I have never done anything so impressive as to have an act at the Edinburgh Fringe Festival. His story had suspense, emotional build-up, you really wanted him to do well… I could not think of anything in my life that had such a gripping narrative.

This is the same issue many leaders face when they consider the idea of storytelling in business. We think of grand stories, epic movies and therefore struggle to work out how we can tell such stories to explain our data, engage a client or simply make a point in a meeting.

On opening night, the speaker shared, he stood in the wings whilst his partner strode out onto the stage. This was it. The suspense was killing him as he saw the first part of the show play out from the wings, he could not see far enough around the curtain to know how big the audience was. Finally, his time came, and as he walked out onto stage, he saw the audience. Of one.

This comparison is unhelpful. You do not need to tell a story as impressive as Star Wars in order to explain your data. I do not need to wait until I have had a part in a major festival before I can describe an experience I have faced where making a good impression was critical.

He asked us when it had been so important for us to make a good impression. Because that one person in the audience, both he and his friend recognised, was the most prominent reporter and reviewer of the Fringe. What she said, everyone followed. If she liked this show, she would write about it and then every night would be packed out.

They completed the act as powerfully as if the house had been full, putting their all into delivering it brilliantly. This was their moment, their one chance to make a good impression, which would determine their success at the festival. And it worked. The next day, the reporter published an outstanding post about this great show, and every night from then on, the seats were packed.

It does not matter that I don’t have such a story. What matters is that we start with the point we want to make.
Think of a meeting you have coming up, a presentation you are soon to give. What outcome do you want? What do you want the audience to think? Feel? Say? Do? In which case, what needs to be your core message? And what story do you have that puts across that message?

The outcome I want right now is for you to recognise that you have the stories you need. I want you to feel confident using those stories to get the outcomes you want. And I want you to move past unhelpful comparisons or expectations of having some epic novel to do it. The story I have for that, is the story of me comparing myself to this brilliant speaker and storyteller.

In a recent workshop, a maintenance manager shared that he didn’t know how to tell stories about his data. His data showed that he had saved the company £40k. I asked him how he had done it. “Well, it turns out each of our stores have been doing their own thing, organising local repairs and as a result missing out on the savings of national purchasing.” I asked him if he could share a story about one particular store manager and how cost-savings at that store level, built up to a national saving of £40k. Of course he could. Now he had his story.

A market research firm we worked with struggled with the volume of data they had. How could they add value to their clients with that data? They wanted to show the clients how hard they had been working, so they wanted to present every stat and finding. The outcome question shifted their focus, “what outcome do you want from your meeting?” They wanted to impress the client and enable profitable decisions based on the data.

Now the focus moved away from drowning the client with data, and it became all about giving the so what. What stories would help them do this?

They had two: the high-level story of the masses… “48% of your target customer group are looking here,” and then at a more emotionally engaging level, the individuals that brought the data to life. “Take Lisa as an example. Lisa wanted to buy X and is interested in Y, so she went here to look for it, but this is what she found…”

What outcome do you want?
What core message does that mean you need to give?
What stories or examples can you use to make that point?

Take the pressure off, it does not need to be a super elaborate story, it just needs to be your story.